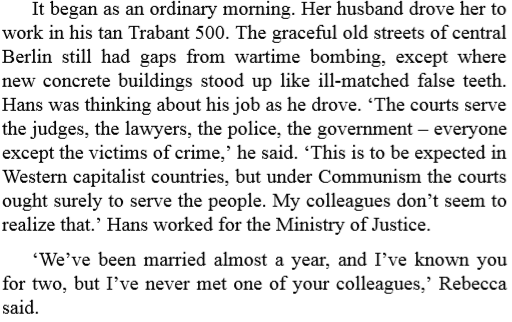 Keeps our feet on the floor. Binds together our Solar System. Keeps the Earth and planets in their orbits. Prevents the stars from exploding. Guides the galaxies in their motions. Electromagnetic Force Holds the atom together. Determines the structure of the orbits of the electrons.

Governs the laws of chemistry. Forms include X-rays, radio waves, and light. Can overcome gravity on Earth. Can dominate other forces down to the size of the nucleus of an atom. Page 2 Strong Nuclear Force Binds together the protons and neutrons in the nucleus of the atom. Balance between the strong force and electromagnetic forces limit a nucleus to about protons. Energy released substantially greater than electromagnetic chemical force.

Thus, stars shine; essential for life. Weak Nuclear Force Governs atomic instability and radioactivity. Disintegration of heavier nuclei. Can create heat, such as the decay of radioactive elements in the Earth s core, or in a nuclear power plant.

Anthropic Principle Teleonomic purposeful Design. It seems as though somebody has fine-tuned nature s number to make the Universe The impression of design is overwhelming. Weaker: All stars would have less than. Electromagnetic Coupling Weaker: Molecules for life cease to exist.

If slightly stronger, nuclear particles would tend to bond together more frequently and more firmly: hydrogen would be rare in the universe, and the supply of various life-essential elements heavier than iron would be insufficient.

The strong women? The men up against these terrible World Wars but still fighting the good fight for their familes? Yeah, you sort of get that at the start of the book, but it doesn't last. As some other reviewers have noted, the book does start off strong, but then sort of just starts jumping from one historic event to the next, all while glossing over or downplaying some important ones. Nixon, Reagan and the one right leaning character in the book are evil cartoon characters. Jimmy Carter is almost completely left out I wonder why?

Some redeeming qualities are shown for Nixon, just before getting into the things he's known for. None such for the Gipper, but I think part of that is that the story starts to go off the rails a bit in the 80's.

Vietnam was pretty glossed over earlier, and I shit you not, there is not a single mention of the Soviet war in Afghanistan, despite there being two POV characters based out of the USSR and the theme of the USSR losing money and status being a central theme of the later chapters.

How is that sort of oversight possible? As for Nam, most of the characters in the story are affluent, so they didn't have to fight. One character gets drafted, and it's a bit of a stretch, and he spends all of about 2 pages in Nam. Another character goes over there and pulls a Jane Fonda. The portions about Nam can somewhat be forgiven from a "boots on the ground" POV stance, as Follett is never at his strongest when discussing combat.

However, the absolute omission of the Soviet Afghan war is a really glaring mistake. In the earlier books, Follett's strength was his human characters, and the terrible situations they're thrown in. These are families we've read about for 3 generations or more. It seems, that much like in real life, something was lost between the Greatest Generation and the Baby Boomers.

This is both a good thing, in that Follett acknowledges that the family did indeed grow weaker in that time period, and a bad thing as most of the characters are terrible people.

Remember Maud? How she loved her man so strongly, that she gave up her family and homeland to be with him?

She loved him through two world wars, and stayed strong for her new and growing family. His best friend also his cousin , decides that this girl is fucking marriage material. Cheat on me and not feel bad about it? That's cool. Enable my cousin's heroin addiction? That's also cool, because I love you. Sounds like the kind of gal you'd want your son to marry right? Oh, that wonderful young lady is also a POV character, ha ha. That's a theme among the male characters in this book. All of them, without fail, are fucking chumps.

Almost all of them are either cheated on, cheat themselves, or end up making some choices that require a bit of a leap on the readers part. He's such a fucking dreamboat that the bitch doesn't get married until she's 60, withered up, and a literal cat lady. The Kennedy clan in general are portrayed as the polar opposites to the cartoonish Nixon and Reagan. Very little mention is made of Ted, the fat drunk Kennedy, I guess Follett couldn't quite whitewash him into a completely flattering light.

Her poor disabled, mostly impotent husband say it's all good. She just as quickly ends the affair. It's almost as if Follett put that in there to ruin the one completely likable character in the story. So, you're probably thinking that I really disliked this book from that review, but that's untrue.

It was an entertaining read, and a page turner. It starts off very strongly and I had hoped it would be as enjoyable at the first two, but the enjoyment I got from the middle and end portions of the book came more from Follett's obvious bias and the reverse-Jamie Lannister character arcs of the POV characters. If you have read the first two books, definitely read this one to see how it ends, but I must warn you I mean, I groaned as soon as I saw the date posted at the top of the page.

I'll put another spoiler tag below and then discuss it, because it's the funniest, most ironic bit for me. Early in the story it's and rightfully so the segregationists, then Nixon, and lastly Reagan. Now, for Reagan, he asserts that he's even worse than Tricky Dick, and that he got away with murdering innocents during the Iran-Contra affair. 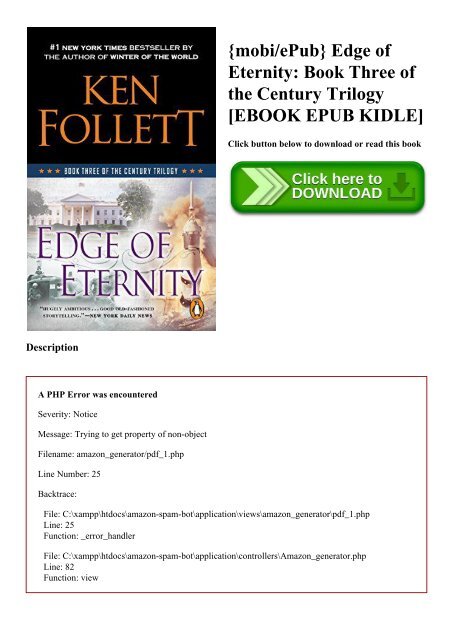 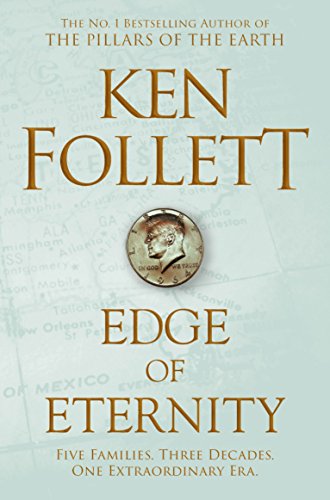